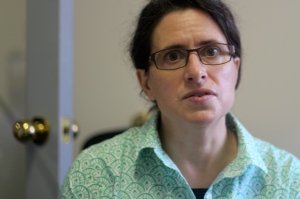 Across Iraq and the region, millions of Iraqis and Syrians fleeing ISIS face another threat: winter. How are the U.S. and governments in the region responding to this fast approaching humanitarian emergency? Can aid agencies move fast enough to provide shelter for so many before the freezing temperatures and heavy rains begin?

Daryl Grisgraber, a senior advocate at Refugees International, stops by our office for an in-depth conversation about the growing crisis and what you can do to help. Having just returned from Iraq, Daryl shares her experiences with us and what she believes is needed to protect Iraqis from the coming winter.

“Winter is coming” is more than just a warning from the House of Stark. It’s a harsh reality that millions of displaced and vulnerable Iraqis and Syrians will soon face.

With winter looming, you can be a part of the emergency humanitarian response by making a charitable contribution to one of these key agencies:

Also, check out the New York Times article mentioned regarding schools as shelters in Iraq.

Never miss the latest episodes of IRAQ MATTERS by subscribing to our iTunes, Stitcher and Youtube channels. We also love to hear from you, so feel free to leave us a comment or a suggestion for our next episodes!  And don’t forget to help us spread the word by following us on Facebook, Twitter, Instagram and Tumblr.