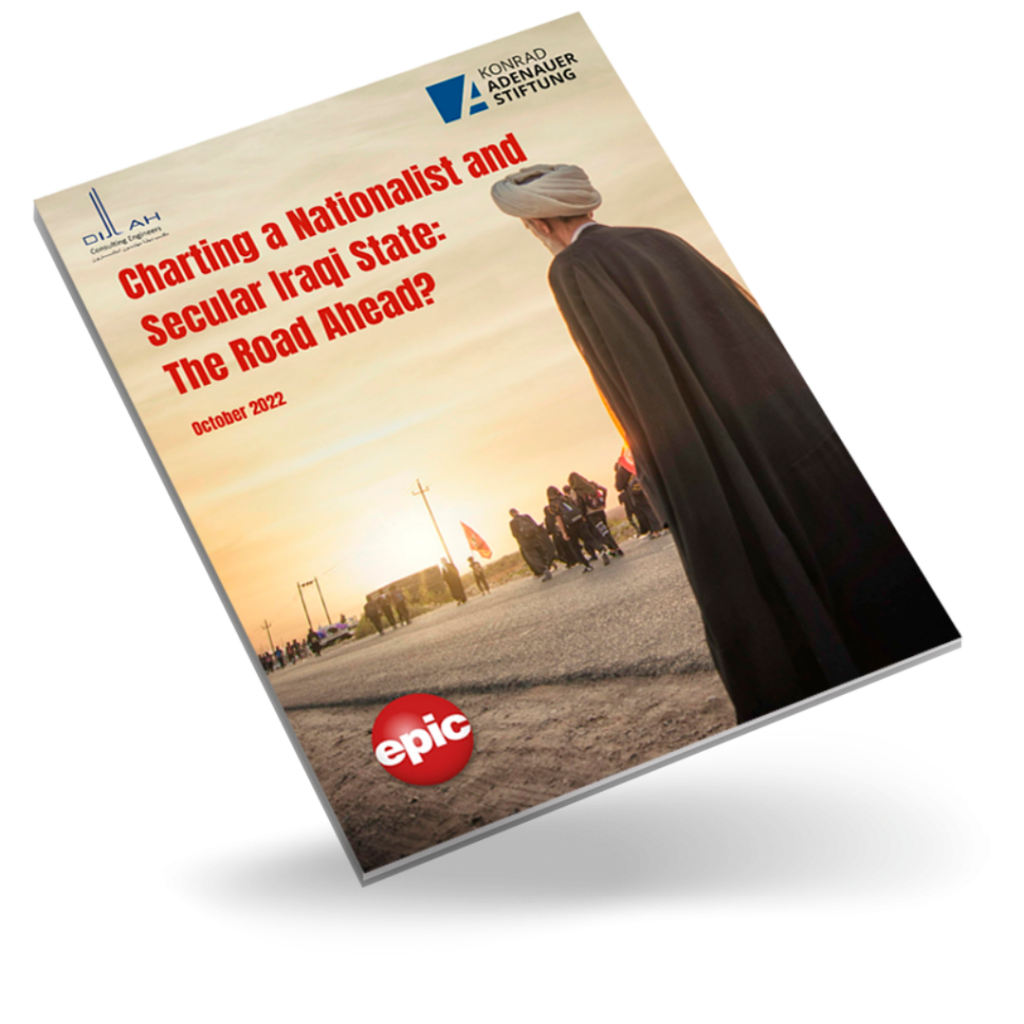 Charting a Nationalist and Secular Iraqi State: The Road Ahead

Young people are changing Iraq. But what kind of state do they want? Read the results of our latest national survey of 1,062 eligible Iraqi voters ages 18 – 40 on their views toward religion and a secular state. 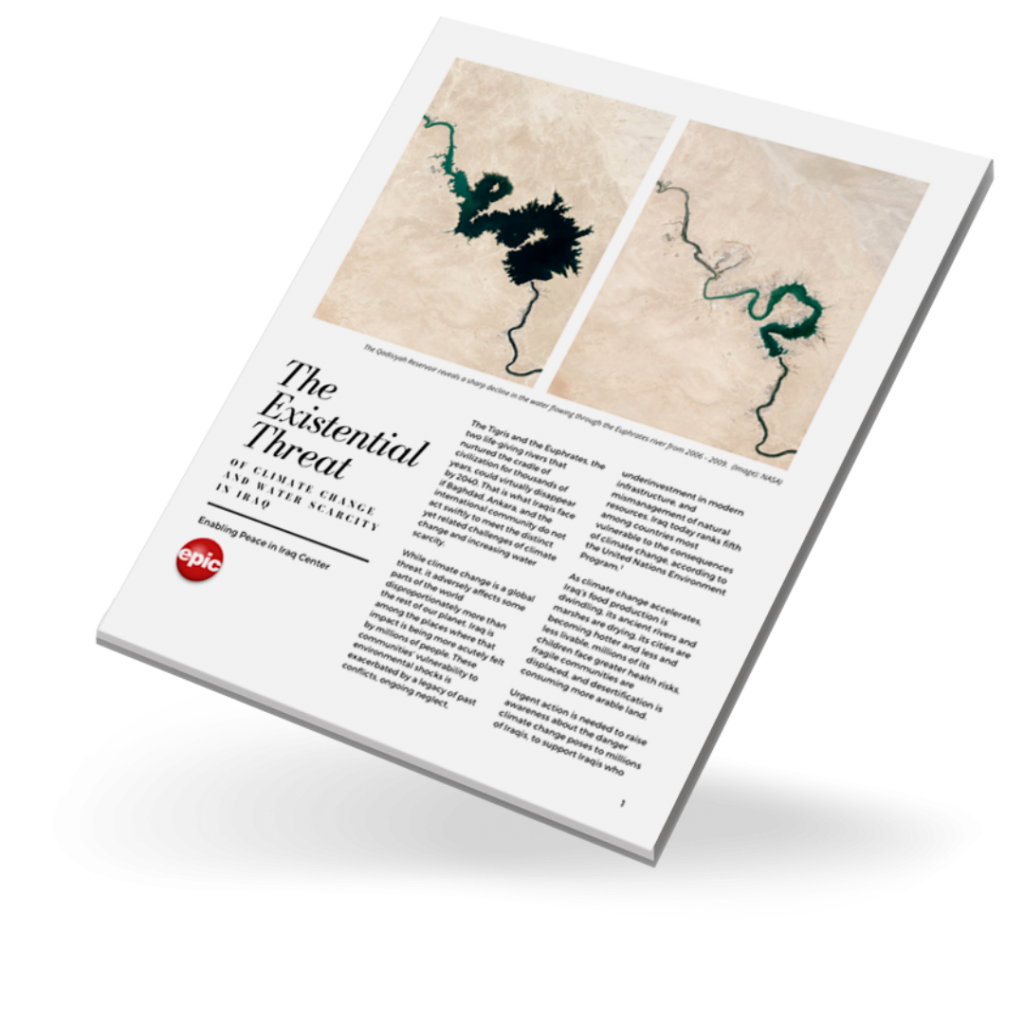 briefing paper on climate change and resource management in iraq

Iraqis are taking the initiative to address the impacts of climate change and poor resource management on Iraqi families. These briefs will examine the far-reaching problems and offer recommendations for policy and local action. 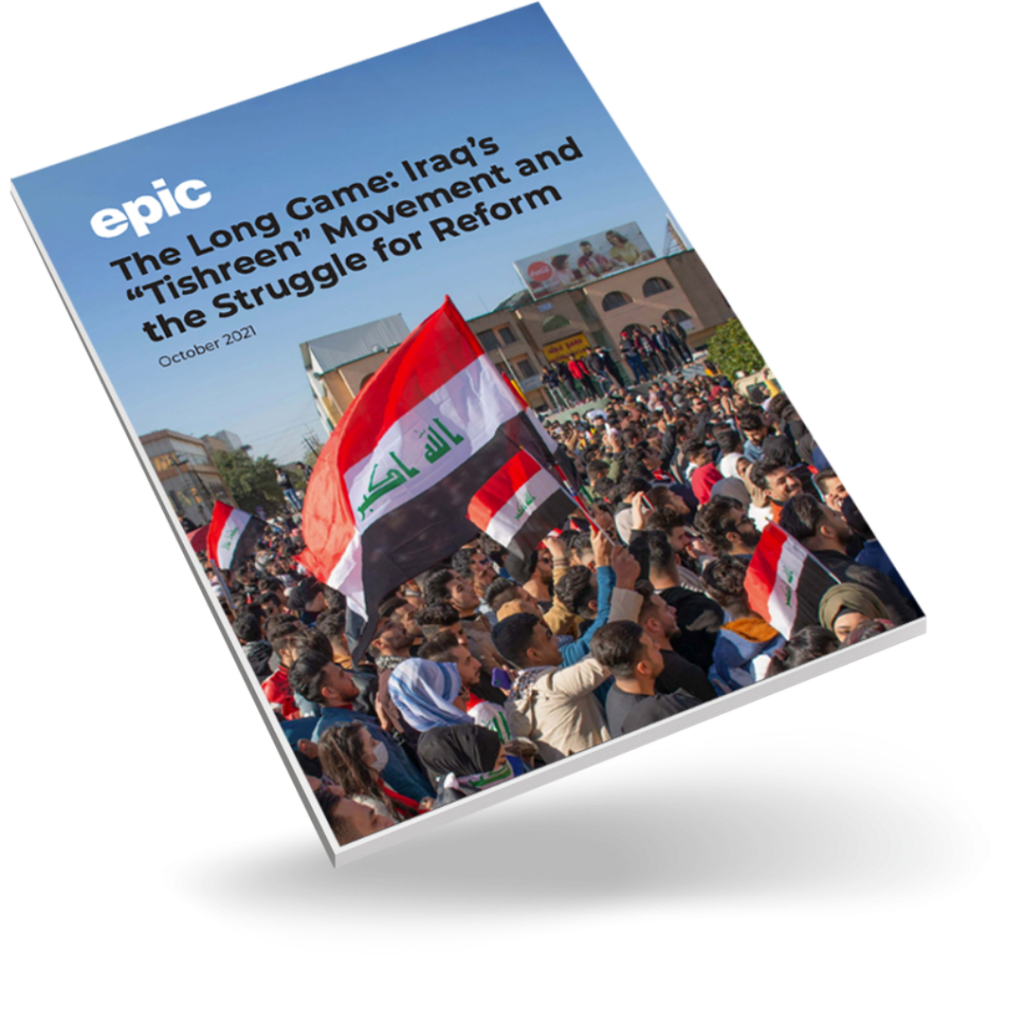 The long game: Iraq's "tishreen" movement
and the struggle for reform

A rare ground-level glimpse into the popular Tishreen movement for reform in Iraq. The report includes focus groups with Tishreen and Kurdish activists, a national survey of public opinion, an analysis of social media, and dozens of in-depth interviews. 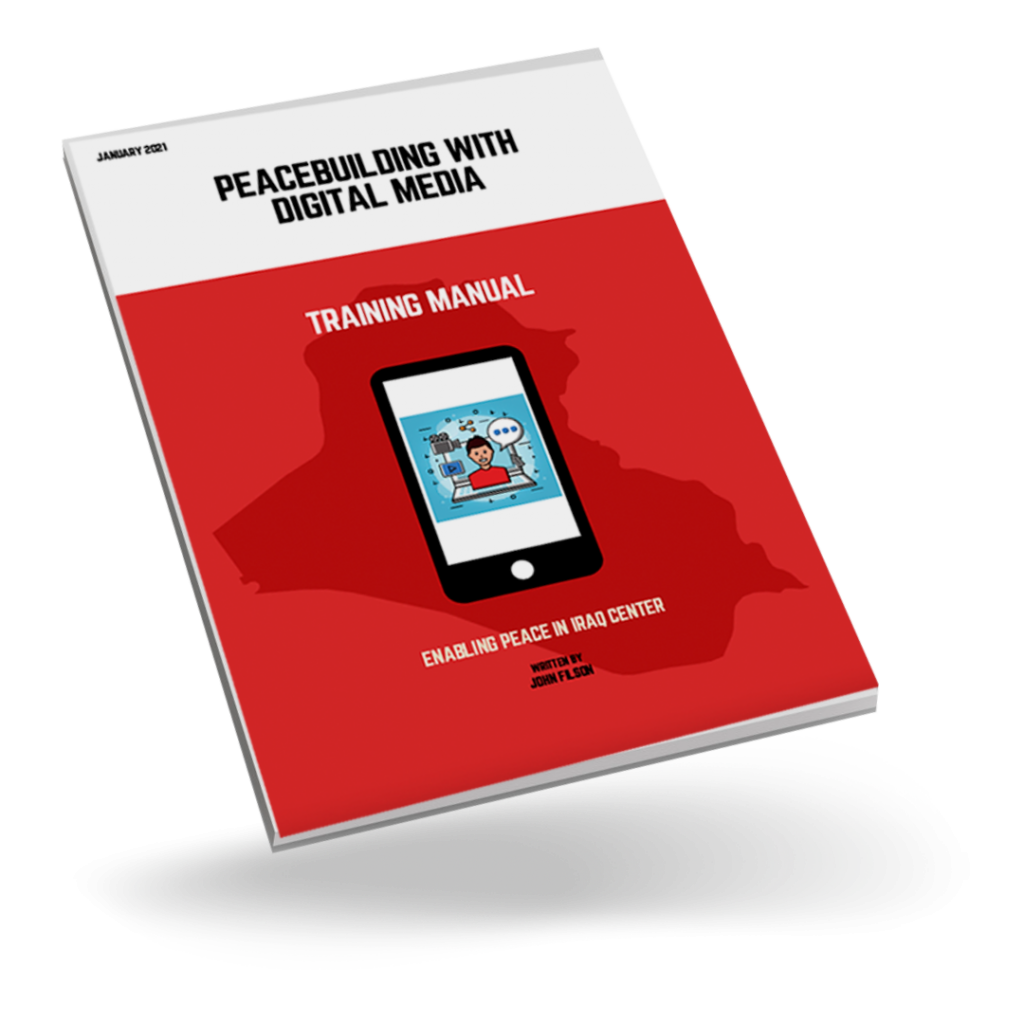 This comprehensive manual is for change-makers who want to use social media to bridge divides. It covers peacebuilding strategy, video content production, audience engagement and growth, and online safety.

EPIC’s nation-wide public opinion survey of 1,068 Iraqi voters in all of Iraq’s provinces. The survey predicted outcomes of the October 2021 election that major media outlets missed, such as parliamentary gains for candidates associated with the Tishreen reform movement.

Key Takeaways: Sudani Visits Regional Capitals; Senior Intelligence Officials Fired, Charged With Corruption; Ruling Coalition To Dismiss Early Election Plans – Between November 21 – 29, PM Sudani traveled to Amman, Kuwait City, and Tehran, for meetings with regional leaders. His meetings in Amman focused on counterterrorism and other bilateral and regional developments. In Kuwait, he discussed strengthening economic and trade partnerships. In Tehran, Sudani told Iran’s Ali Khamenei that Baghdad was “committed to upholding the Iraqi constitution, which forbids making Iraq a launchpad for attacks on its neighbors,” in reference to Iran’s demands for disarming Kurdish opposition groups operating from Iraq. Sudani also told Iran’s President Raisi that economic cooperation with Iran was a priority for Baghdad. Meanwhile, Raisi criticized the presence of U.S. in the region, stressing that their exit “would bring security.” During that period, Sudani also received a phone call from Vladimir Putin, and met with

Help further our research and programming to enable peace, rights and climate action in Iraq.