Measuring a Year in Iraq

As he prepares for graduate study, our departing program assistant reflects on his time and research at EPIC, and looks toward Iraq’s reconstruction after ISIS.

The day after I joined EPIC in September 2016, Iraqi Security Forces (ISF) launched operations to liberate the town of Sharqat in Salah ad-Din Province, a strategically critical area along the road into Mosul. One year later, as I prepare to leave Washington, Prime Minister Haider al-Abadi recently stood in Mosul’s Old City, declaring victory against ISIS there – ending the most devastating urban battle since the Second World War and the militant group’s three year occupation of the city.

As a student of Iraq’s history, I have struggled to find an appropriate metric with which to measure the cost of this climactic battle, as well as its implications for the country’s future. In distance? Suffering heavy casualties, security forces advanced 115 kilometers from Sharqat to Mosul across the Ninewa Plains. In human life? Approximately 9,000-14,500 Iraqi soldiers and civilians lost their lives in Mosul alone since October 2016, although precise figures may forever remain elusive. In destroyed livelihoods? According to UN estimates, upwards of 1 million civilians have been displaced from their homes in northern Iraq over the past year. In physical destruction? Between 50-80 percent of civilian homes and infrastructure across the Ninewa Plains today lie in ruin, silent memorials to the myriad communities indelibly marked by violence.

My time at EPIC was defined by the battle for northern Iraq, the duration of which largely matched my own as Program Assistant. In March 2017, I traveled to Mosul and the Ninewa Plains, conducting interviews with civil society actors working to reconstruct their homes. High casualty and damage figures tell the tragedy of war. As an analyst, it is sometimes expedient to focus on challenges to recovery for communities after conflict rather than less tangible factors that may hasten such a process; qualitative optimism can often seem misplaced in the face of daunting numbers. The process of “measuring” a war – one in which colleagues and friends have perished – can often leave a sense of intellectual dejection and cynicism. 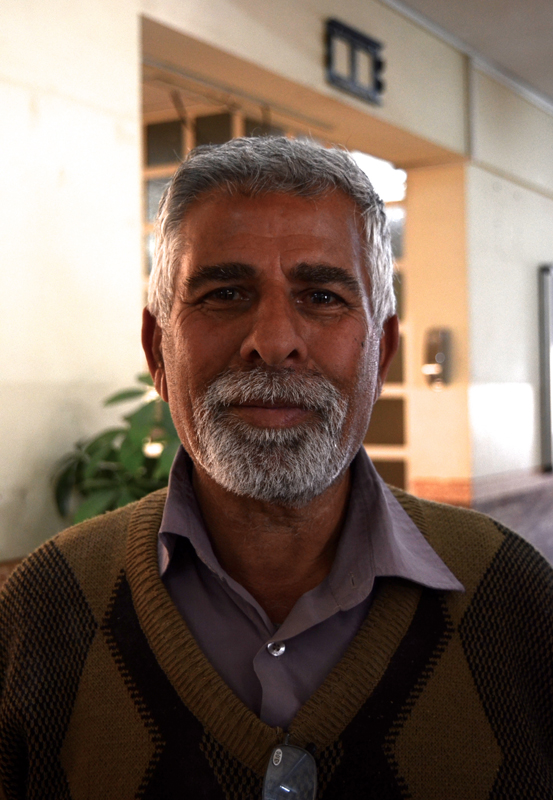 Yet, I found that testimonies from residents living in areas liberated from ISIS, and those working to deliver services to them, deepen the narrative of conflict. Curiously, they can cast physical and human destruction as a prelude rather than conclusion to the region’s story. At one primary healthcare clinic in eastern Mosul’s al-Quds neighborhood, an older man approached me with a smile, a small group of his friends, and an outstretched hand – asking if he could “tell me something important for the record.” As I wrote in March, he proudly declared in Arabic that he is a “digger,” someone who works all day, every day, to fill in the craters and clear the rubble left across Mosul’s streets. He was farsighted, but said that it did not matter: “All I need to see is the shovel and the stones, and I can work to rebuild my city.” Everyone else in the room looked on proudly as the man told his narrative, patting him on the back and joking with me about the vigor he showed despite his old age. “Clearly,” one bystander declared, “the doctors here are doing something very well.”

While it is folly to disregard systemic challenges to reconstruction, governance, and future stability in post-ISIS Iraq, it is equally misguided to disregard the spirit of civilians ready to rebuild their homes, livelihoods, and communities. Neither extreme alone offers a clear lens through which to analyze Iraq’s recovery. Perhaps frustratingly for scholars, the reconstruction process after ISIS will likely unfold at a local level, in a grey space between national government and non-state actors, according to ad-hoc assessments of needs from NGOs and other humanitarian partners.

For months, EPIC has worked alongside partners in Mosul like the Iraq Health Access Organization (IHAO) to address the gaps in human services resultant from such a process, providing flexible humanitarian solutions within fluid environments. As the country moves into the post-ISIS phase, local organizations will assume an increasingly critical role as drivers of reconstruction. While they face significant obstacles – including widespread corruption in Baghdad, continuing insecurity, economic shortfall, and evolving internecine and territorial rivalries between armed groups – these organizations can empower individual communities to claim ownership over their recovery. Equally importantly, they can act as a conduit between Baghdad policymakers and civilians, communicating shifting needs and holding the Iraqi government accountable during this critical period.

Reconstruction amid ongoing economic and political uncertainty will be Iraq’s greatest challenge over the next decade. Baghdad’s ability to ensure security, services, and governance for a war-weary population will be tied closely to this process. Analysts often note that Iraq, when faced with a crisis, continues to operate on the seemingly-constant verge of failure. Equally true is the observation that its politicians frequently skirt the brink of success. The country today faces the daunting twin challenge of rebuilding physical and human terrain. As I have noted in the past, to break patterns of cyclical conflict and missed opportunity, Baghdad needs sustained international support from its partners – financially, militarily, and economically.

When I began studying Iraqi history in 2012 – through a research project at the University of Chicago about the country’s intellectual history – the American war in the country had just ended after eight years. It seemed at the time that all but the most dedicated analysts had turned their attention elsewhere – a trend that, in part, prompted EPIC’s successful 2013 campaign to “put Iraq back on the agenda.” As another war ends in Iraq, it is critical that the international policymaking community not look away as it did six years ago. I am confident that EPIC will remain at the forefront of organizations dedicated to ensuring past mistakes are not repeated.

My time at EPIC has left me cautiously optimistic regarding Iraq’s ability to overcome overwhelming obstacles – an optimism borne from numerous conversations with Iraqis across the country who are ready to move beyond cyclical conflict, address corruption in government, seek education and training abroad, and work on behalf of their communities. The country is much more than its most recent war – defined by ancient narratives, historical richness, myriad cultures, and a motivated young population. Such resources are assets for Baghdad and its international partners as they seek to enable peace.