#33: What is next for Iraqi Kurdistan? 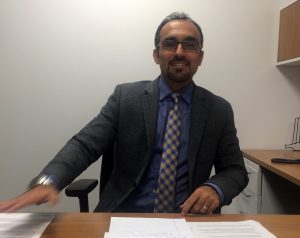 On September 25, the Kurdistan Regional Government held a referendum asking voters “Do you want the Kurdistan Region and the Kurdistani areas outside the region’s administration to become an independent state?” Two days later, the Electoral Commission announced that 92.75 percent of more than 3.3 million votes cast were in favor of independence. Since that time, Iraqi Kurdistan and its government has experienced considerable backlash from the government in Baghdad, including the loss of territory outside of the Kurdistan Region, and control of oil exports, international borders, and air traffic. On November 1, longtime KRG President Masoud Barzani resigned from office.

On this edition of Iraq Matters, we are pleased to welcome Bilal Wahab, Soref Fellow at The Washington Institute for Near East Policy, where he focuses on governance in Iraqi Kurdistan and in Iraq as a whole. He has taught at the American University of Iraq – Sulaimani, where he established the Center for Development and Natural Resources, a research program on oil and development. Bilal also serves as a Member of the Board of Directors here at the Education for Peace in Iraq Center.

Listen in as Bilal explains the referendum’s outcome: who does it represent? what does it ignore? and are young people as invested in an independent Kurdistan? Bilal also offers his unique insight on the role of the Iraqi Constitution as a basis for dialogue between Baghdad and Erbil and how the United States might be helpful in that process. He also speculates on the political future of the KRG under a younger Barzani.