The real cost of US-Iran escalation in Iraq 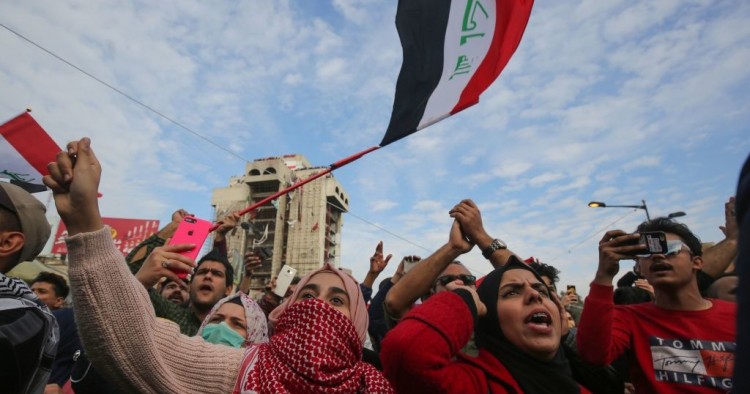 As an Iraqi American who lived through the 1991 Gulf War and 2003 U.S.-led invasion to bring about regime change, I have witnessed firsthand how U.S. wars in the region can break out when Baghdad and Washington fail to understand each other’s intentions and motives.

This is, unfortunately, another one of those moments. By choosing to assassinate Quds Force Commander Qassem Soleimani, the United States made a major mistake. Based on a poor understanding of internal conditions in Iraq and an overestimation of the utility of a high-value- target assassination, the U.S. believed Iran would have no choice but to capitulate. However, that’s not what’s happening.

Despite earlier glimmers of de-escalation, the continuation of sporadic rocket attacks means that the possibility of more major violence is still very high. Although President Donald Trump announced that he would not purse a military response to Iran’s ballistic missile attacks against Ain al-Assad base on Jan. 8, there is no sign that he is taking any meaningful steps to achieve real peace, as he claims he wants. In fact, he is continuing full steam ahead in a “maximum pressure” campaign that has done nothing but incentivize Iran to behave badly and puts Americans and Iraqis in harm’s way. Now that the Trump administration has announced additional sanctions, we can only expect Iran to continue to respond asymmetrically and further destabilize the region. And this, unfortunately, will likely play out within the borders of Iraq. Despite Iran losing its top general, the United States continues to face the possible loss of its foothold in Iraq, where the U.S. and Iran have competed for domination — to the detriment of the Iraqis — for 17 years. As for the Iraqis who have been heroically trying to carve out a semblance of an independent identity amid this tug of war, well, they stand to lose everything.