My World 2015: Why the UN’s Development Goals are Important for Iraq

With the timeframe for the United Nations’ Millennium Development Goals set to come to a close in 2015, the UN and its partners have launched a global survey called MY World 2015 where people can vote on the next development goals they think the UN should focus on next. While it is hard to gauge exactly how successful the original eight Millennium Development Goals (MDGs) have been, it is estimated that half of them have been achieved or are within reach. In terms of the remaining goals, significant strides have still been made, although there is still a lot of work to be done. Though the lack of a more overarching success for the MDGs may seem discouraging, it reiterates the importance for a global consensus on what the next development goals should be. 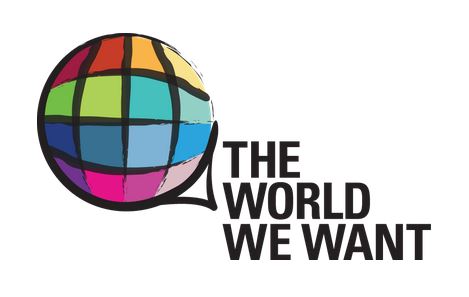 Included in the MY World 2015 survey are sixteen potential development goals, all of which are relevant to Iraq’s current situation. However, the survey only allows you to choose the six which you believe are the most urgent. Despite the fact that these goals could respond to some of Iraq’s most pressing needs, only 631 Iraqis have voted thus far, while over 1,000,000 people have voted worldwide. With sixteen goals to choose from, the six that the world ultimately chooses could have a huge impact on the future of global development. So far, the top goals which people have voted for are access to a good education, clean water and sanitation, better healthcare, better job opportunities, an honest and responsive government, and protection against crime and violence.

Needless to say, all sixteen these potential goals are important, and the current top six are all necessary in Iraq. However, there are many other issues that are relevant to Iraq’s current situations as well, such as access to affordable and nutritious food. Although the Iraqi Ministry of Health launched a ten year national nutrition strategy in 2012, obesity and malnutrition among children are major issues in Iraq. Additionally, other issues, such as reliable energy at home and the environment are issues which hold a lot of meaning for the future of Iraq. On average, residents of Baghdad can expect to have six hours of electricity each day. Climate change could result in increased water scarcity and desertification, which would in turn have a devastating socio-economic impact. Thus, it is important to consider how each of these sixteen goals could mean for the future of Iraq.

Ultimately, it is crucial that Iraqis and those who care about the situation in Iraq participate in this survey. It could have a real impact of the actions and goals of the United Nations after the current MDGs expire in 2015, which in turn will affect the future of all developing countries. Iraq has not received the international assistance it needs, but the new development goals that are chosen could address some of Iraq’s biggest problems. If you believe Iraq Matters, vote for the United Nations’ new development goals here and help put the issues which are most vital to Iraq’s development and recovery on the world’s agenda. Additionally, if you have not yet signed our petition urging the Obama administration to renew their commitment to Iraq, please sign it today, and encourage your friends and family to do the same.