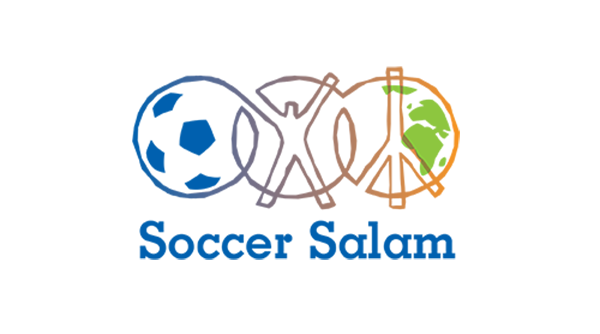 December 10, 2014 – Washington, DC – A coalition of four US-based charities founded by veterans of Desert Storm and the Iraq War are mobilizing emergency winter aid for Iraqi families fleeing ISIS and delivering soccer balls to Iraqi children who deserve a chance to play. “Soccer Salam” kicked off overnight with a social media “Thunderclap” on Facebook, Twitter, and Tumblr that reached over 330,000 people online.

“Two million Iraqis – including hundreds of thousands of children – have been forced to flee their homes this year,” said Erik Gustafson, founder of the Education for Peace in Iraq Center (EPIC). “Now these innocent victims of war are facing a second major threat: winter. Children can be found running through muddy camps without shoes. Soon temperatures will drop to -30°F. We all need to work together to do what we can to help.”

EPIC is joined in the Soccer Salam coalition by the Iraqi Children Foundation, Karadah Project International, and Goals and Dreams. All four nonprofits are led by American veterans working alongside Iraqi expatriates, young people, and other concerned citizens who have a heart for the children and families of Iraq. Through friends in the aviation industry, up to 10 tons of supplies will be delivered via airlift from the U.S., and grant assistance will be provided to trusted Iraqi NGO partners on the ground to purchase in bulk and deliver aid expeditiously.

“In 2007, Iraq overcame massive odds to win the Asia Cup, uniting Iraqis across the country and inspiring us to found Goals and Dreams,” said Sean Atkins. “Children in communities fractured by violence are easily drawn into the fray as they grow up, with few outlets to step outside its destructive cycle. Sport is unique in its ability to bring people and communities together.” The Soccer Salam coalition plans to deliver soccer balls and winter essentials directly to 5,000 or more Iraqi children and families in need.

Another Soccer Salam coalition leader, Rick Burns of Karadah Project International, observed: “It is easy to look at crises around the world as distant, geopolitical events. But they are human events. Each of the approximately two million displaced Iraqis is a person, like us, with a face and a name. They were displaced into harsh conditions, often with small children and little to no assistance. Soccer Salam is focused on those in greatest need.”

Jonathan Webb, Chairman of the Iraqi Children Foundation, echoed similar sentiments. “The winter needs are urgent. Those of us who served in Iraq came to know and love the vulnerable and voiceless children of that country. The time to act is short.”
The Soccer Salam team expresses its deep appreciation to the MBC Heritage of Islam Trust, the Khudairi Group, Lake Oswego Rotary, and DynCorp International for their generous sponsorship donations, and to American Rec, Franklin Sports, Northwest Woolen Mills, YRC Freight, and Another Joy Foundation for their assistance with the logistics and supplies. Other interested businesses, organizations and private citizens are invited to join the effort via www.soccersalam.org.

To view the PDF of this press release, click here.