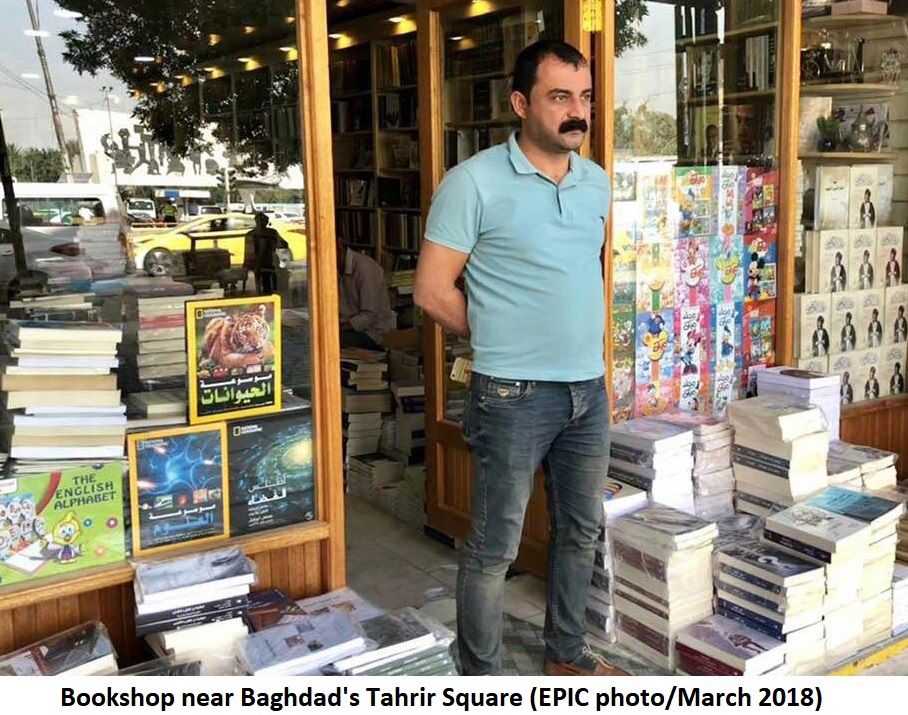 The past year was marked by considerable political turmoil and unrest in Iraq, underscoring the many challenges that the country faces beyond the battlefield.

In 2018, we saw a further erosion of public confidence in Iraqi leaders over corruption, insufficient basic services, and unemployment; a parliamentary election marred by poor voter turnout and irregularities that triggered a months-long recount; and a growing water crisis and mass protest movement across southern Iraq. Despite slow progress with the de-mining, rebuilding, and recovery of devastated post-ISIS areas like West Mosul and Ramadi, we saw the closure of some IDP camp and forced returns. All the more concerning, numerous journalists, human rights organizations, and aid agencies reported widespread stigmatization perpetrated against individuals and families with real or perceived affiliation with ISIS. Revenge killings, summary executions, and other serious violations have become all too common, creating the same environment that fueled the rise of violent extremism in Iraq and the territorial gains of ISIS in 2014.

As Ben Taub recently wrote for The New Yorker: “The Islamic State has been mostly destroyed on the battlefield, but the war is far from over. Air strikes cannot kill an idea, and so it has fallen to Iraq’s fractured security, intelligence, and justice systems to try to finish the task. But, insofar as there is a strategy, it seems almost perfectly crafted to bring about the opposite of its intent. American and Iraqi military officials spent years planning the campaign to rid Iraq of ISIS, as if the absence of the jihadis would automatically lead Iraq toward the bright democratic future that George W. Bush’s Administration had envisaged when U.S. forces invaded the country, in 2003. But ISIS has always derived much of its dangerous appeal from the corruption and cruelty of the Iraqi state.”

Indeed, in Iraq, ISIS has returned to its roots as a guerrilla insurgency and terrorist organization.

On a more encouraging note, since 2017, more than four million displaced Iraqis have returned to their places of origin. While some areas remain ghost towns due to the scale of destruction, the presence of explosive remnants of war, and the fear of armed militias or remaining ISIS fighters, other areas have come back to life with families returning to their homes and beginning the hard work of rebuilding their lives. In places like Mosul, young people have shown remarkable determination to defy the extremism that once ruled their city by reclaiming public spaces for art shows, music festivals, poetry readings, and more.

A cadre of foreign correspondents, aid agencies, think tanks, and Iraq specialists produced excellent reports and analyses over the past year, shedding light on these developments and more. With input from leading experts on Iraq, we are pleased to present:

When the Weapons Fall Silent: Reconciliation in Sinjar after ISIS
by Rania Abouzeid, European Council on Foreign Relations
October 2018

Out of the desert: ISIS’s strategy for a long war
by Hassan Hassan, Middle East Institute
September 6, 2018

The End of Eden: Climate change comes to the cradle of civilization
by Alexander Dziadosz, Harpers
August 2018

Towards a National Strategy to Combat Corruption in Iraq
Ali Al-Mawlawi, Hashim Al-Rikabi, and Hayder Al-Khafaji
Al-Bayan Center for Planning and Studies
November 15, 2018

Moving Forward Together, Leaving No One Behind: From Stigmatization To Social Cohesion In Post-Conflict Iraq
InterAction Protection Mission – Iraq
October 31, 2018

Protests Continue In Port City In Iraq Over Lack Of Drinking Water And Corruption
by Jane Arraf, NPR All Things Considered
September 18, 2018

The Underground Caliphate
By Simona Foltyn, The Intercept_
September 16, 2018

Picking Up the Pieces: Rebuilding the lives of Mosul’s children after years of conflict and violence
Save the Children
July 9, 2018

To inform a more effective U.S. and international response to Iraq’s human security and development needs, enhancing understanding of the challenges (and opportunities) facing the people of Iraq has always been a core part of our mission.

Fortunately, we are not alone in the pursuit. EPIC appreciates the hard work of the journalists, scholars, and agencies who made our list this year, and to all who contribute to a richer, deeper understanding of Iraq and its people.

Of course, the challenge of creating any list is what to include and what not to include, especially amidst of wide field of excellent reporting and analysis. Simply by restricting our list to English-language and for a broader audience meant excluding works in other languages and academic journals. Nonetheless, we believe the works listed above are among the very best English-language reads and for anyone wishing to learn more about Iraq today. Happy reading!