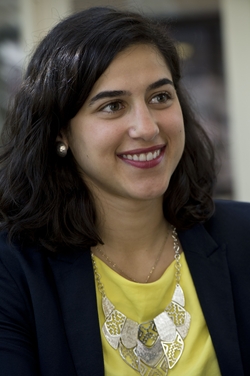 Basra holds about 60% of Iraq’s proven oil reserves and yet suffers from high rates of unemployment and poverty. The frustration with the current political order manifested in a shockingly low voter turnout in the 2018 general elections with less than 15% of eligible voters in the province coming out to the polls.

On this edition of IRAQ MATTERS, we are pleased to welcome Basma Alloush, the Advocacy and Communications Officer at the U.S. office of the Norwegian Refugee Council (NRC). Basma obtained her Master’s at The Fletcher School of Law and Diplomacy and is originally from Syria. The NRC has been leading efforts of humanitarian organizations to research the situation on the ground in Basra and tackle the issue of water pollution, particularly in schools. During August, September and October of this year, the NRC Iraq team conducted three fact-finding missions in Basra to assess the impact of shortages of water and water salinity on livelihoods and markets in Basra.

What is causing Basra’s water crisis and, if left unaddressed, what are the implications for the province’s 4.5 million residents and for the rest of Iraq? How is the water crisis contributing to mass migration from rural areas to Basra and other cities? What can the international community and the Iraqi government do to address the water and health needs of the people of Basra?